If you are attending a wedding this year, don't be surprised if you end up seeing purple, the Cadbury’s-inspired colour theme has been adopted by one in five of today's brides – according to the latest research.

And the results suggest that while the wedding might not be white, the groom's teeth almost certainly will be – apparently a whopping 90 per cent of men are choosing teeth whitening treatments or veneers to improve their pearly whites before the big day.

As the wedding season gets well underway, the national wedding research of more than 2,000 brides in the UK shows exactly what today's couples are looking for in their big day.

It makes interesting reading for all of us here at Shottle Hall and it’s fascinating to see how our Derbyshire weddings relate to the national trends.

It’s true that we see a lot of purple bridesmaid’s dresses and the report also identified royal blue, navy blue and rose pink - all hot trends here at Shottle. There was just one notable exception – our brides rarely see red, we’d say sage green replaces it in our top five colour trends.

It’s hard to say if our grooms have had their teeth whitened – and it would be impolite to ask if they are among the 25 per cent of men considering botox as a must before their up-coming nuptials!

However, it's interesting to see that the groom is taking the preparations for his big day just as seriously as the bride! We have a seven-week pilates class running here at Shottle Hall – I will be watching closely to see how many men enrol.

Although some 300,000 couples will get married this year, the research found that just 40 per cent of them will tie the knot in a church.

It does seem that church weddings are slightly out of favour, and here in Derbyshire we find that around 70 per cent of our couples opt for a civil ceremony.

A civil ceremony is more popular with Shottle Hall brides

The rise in church prices could be attributed to the decline in church weddings, with close to one in ten brides considering that the traditional choice of venue is too expensive. Getting married in a hotel, where everything – including your guests - is all in one place appeals to many and at a hotel you don’t need to splash out on wedding cars either.

On average, the wedding will take one year and four months to plan and cost between £5,000 - £10,000 - half the average cost pre-recession in 2008. Here at Shottle Hall, the majority of our brides book 12 months in advance, but there are lots of late availability deals to be had – which offer amazing savings on the price of a big day.

While many of the Saturdays in July and August 2014 have been booked for many months already – we have some terrific deals on February and March weddings. In fact, Valentine’s Day weekend is still available – fastest finger first, all you romantics out there! 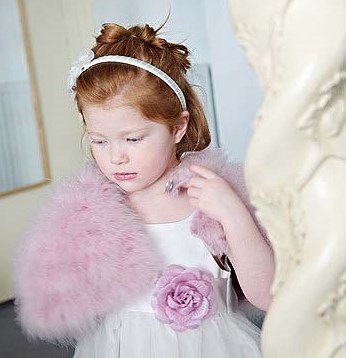 Some couples already have children before they walk down the aisle

The urgency to have babies certainly isn't one reason to tie the knot, as one in four brides will already have their very own little bridesmaid or page boy to walk down the aisle with them.

This statistic certainly holds true for Shottle Hall’s couples – only last weekend the bride and groom held a naming ceremony for their daughter, directly after their wedding ceremony.

And those couples who have yet to start a family when they tie the knot often return to the Shottle fold when it comes to holding a Christening – sometimes we welcome back couples for all their family events from birthday parties to anniversaries. Almost any special occasion can be catered for.

With priorities changing and house prices rising year on year, the number of couples getting married over the age of 30 has risen 13 per cent since 2012 too.

The majority of happy couples, will both be aged 28 and will have been together for 3.5 years according to the survey. A quick calculation leads us to believe this is pretty similar here at Shottle – although we do help plan a lot of second marriages, as well people who have fallen in love later in life.

Finally, the research found most couples will be jetting off to Europe, as the continent remains the preferred choice for 1 out of 5 newlyweds.

With my background in the travel industry I make it my business to find out where our couples are heading on honeymoon. And I reckon we have some of the best travelled brides and grooms around, as Bali, Singapore and even Australia tend to be favourite destinations.

It’s just a shame they all refuse to take me with them!

This weekend I’m off to a friend’s wedding – the first wedding I’ve been invited to (as a wedding and evening guest) since joining the family business here at Shottle Hall.

It’ll be interesting to see if the bridesmaids are wearing purple, if the groom has had his teeth whitened and if they are off to Europe on holiday.

I just hope I don’t start trying to organise everyone!!

A super time was had by all at Shottle Hall

When Batman (Mark) and Catwoman (Paulette) decided to tie-the-knot here at Shottle Hall it was...

Why Shottle Hall's Sarah is in love with love

Laura and Craig Goodwin wanted a vintage feel to their wedding day and so Shottle Hall’s marquee...